Day 130 (3rd April) At Iguazu Falls
Today we visited the Iguazu Falls and it was a breath-taking experience.
They are larger than the Niagara Falls and, according to Wikipedia, cover a distance of some 3km with 275 individual waterfalls, which can be seen from both Brazil and Argentina. They are situated in a National Park which protects the flora and fauna within it, including monkeys, coaties (racoon-like animals), birds, and literally millions of brightly coloured butterflies which are flying around everywhere and landing on all the visitors as they walk along the paths and metal walkways leading to the waterfalls. 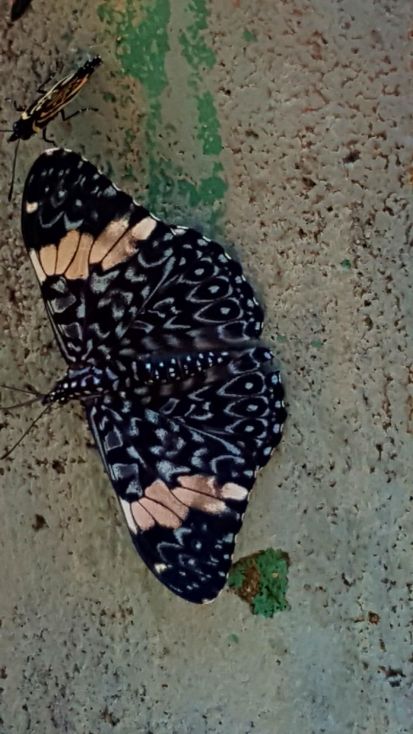 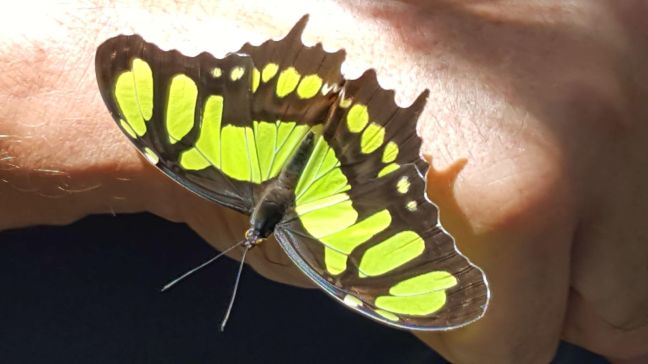 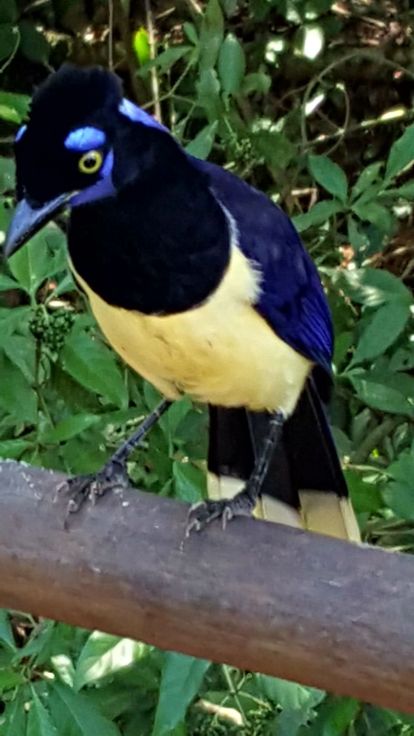 There’s a train that takes visitors to different viewing levels, as well as several nature trails to follow. We started at the top level and worked our way to the most spectacular part of the falls on the Argentinian side, known as the ‘Devils Throat’. We could hear the water crashing down before we saw it, and it was an amazing sight. The sound of the full force of water crashing down to the pools at the bottom was extremely loud, and the spray coming back up both blurred our vision and soaked us.

On the upper level (or ‘Superior Trail’ as it was called), we had the best views of the falls. With the sun shining through the water mist, a huge rainbow appeared across the canyon, which we will never forget.

After spending several hours wandering around, we headed back to one of the train stations to get a drink. There were signs warning about the coaties, which can bite and scratch, as well as steal food. We were amazed to see there were numerous coaties the station area – they didn’t seem to be bothering too many people, but all of a sudden one’s face appeared between the two of us and nearly stole our lunch!

Later on, we saw a group of monkeys in the trees with small babies on their backs. They seemed very tame and let people take photos of them. One small one was eating something yellow – perhaps a leaf – but on closer inspection it turned out to be a sachet of Hellman’s mayonnaise!

On our return to the car park we decided to walk through the forest, along one of the trails, rather than use the train again. A guy walking in front of us suddenly stopped and pointed out a Toucan, high up on a tree, which was another amazing sight.

The visit to the waterfalls today was definitely one of our most enjoyable days of our trip, but we’ve had so many wonderful experiences it’s impossible to say which one has been the best!

Day 131 (4th April) At Puerto Iguazu
We decided to stay an extra day as we have enjoyed it here so much. We had a quiet morning and then rode down to the edge of town to the Tres Fronteras (Three Frontiers). Here, the rivers Iguazu and Parana converge, where the borders of Argentina, Brazil and Paraguay meet and can be seen from a single view point. It was incredible to see the 3 countries simultaneously and was another lasting memory for us I’m sure. It’s a shame that we haven’t the time to ride into Paraguay, a country largely by-passed by tourists and one of the least known of the South American countries.

Tomorrow, we leave here and head south towards Buenos Aires on the final stage of our trip. We’ll both be sad to leave South America; it’s been an incredible journey over the last few months. 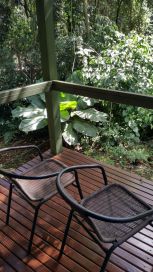 Day 132 (5th April) Puerto Iguazu to Gobernador Virasoro
We said a sad farewell to La Cantera Jungle Lodge and took Ruta 12 towards Posadas, turning off onto Ruta 105 and then Ruta 14 which will take us the 800 miles or so to Buenos Aires. After riding for 240 miles today, we stopped overnight at Gobernador Virasoro at the Cabanas Las Azaleas where we hired a pleasant cabana.

We actually rode this route several days ago on our way to Iguazu and remembered seeing all the tourist coaches returning from Iguazu, feeling excited that we were going there! Now we too, sadly, are returning and should be back in Buenos Aires soon!